In my undergraduate training, I never came across the term “co-production” but after learning about it a few years back, I find I return to the concept frequently. Co-production is the idea that a consumer’s input is important to production. The term was coined by Nobel Laureate Elinor Ostrom. Examples include:

Once you start to think about co-production, you see it everywhere. For example, I am currently teaching health economics and it is not uncommon to come across graphs like this (see below) from The Washington Post. Some suggest these differences highlight how the U.S. needs a less market-oriented health system. But, when I see the graph, I think of all the ways in which the United States is different. Specifically, I question the extent to which we are good co-producers of our health. 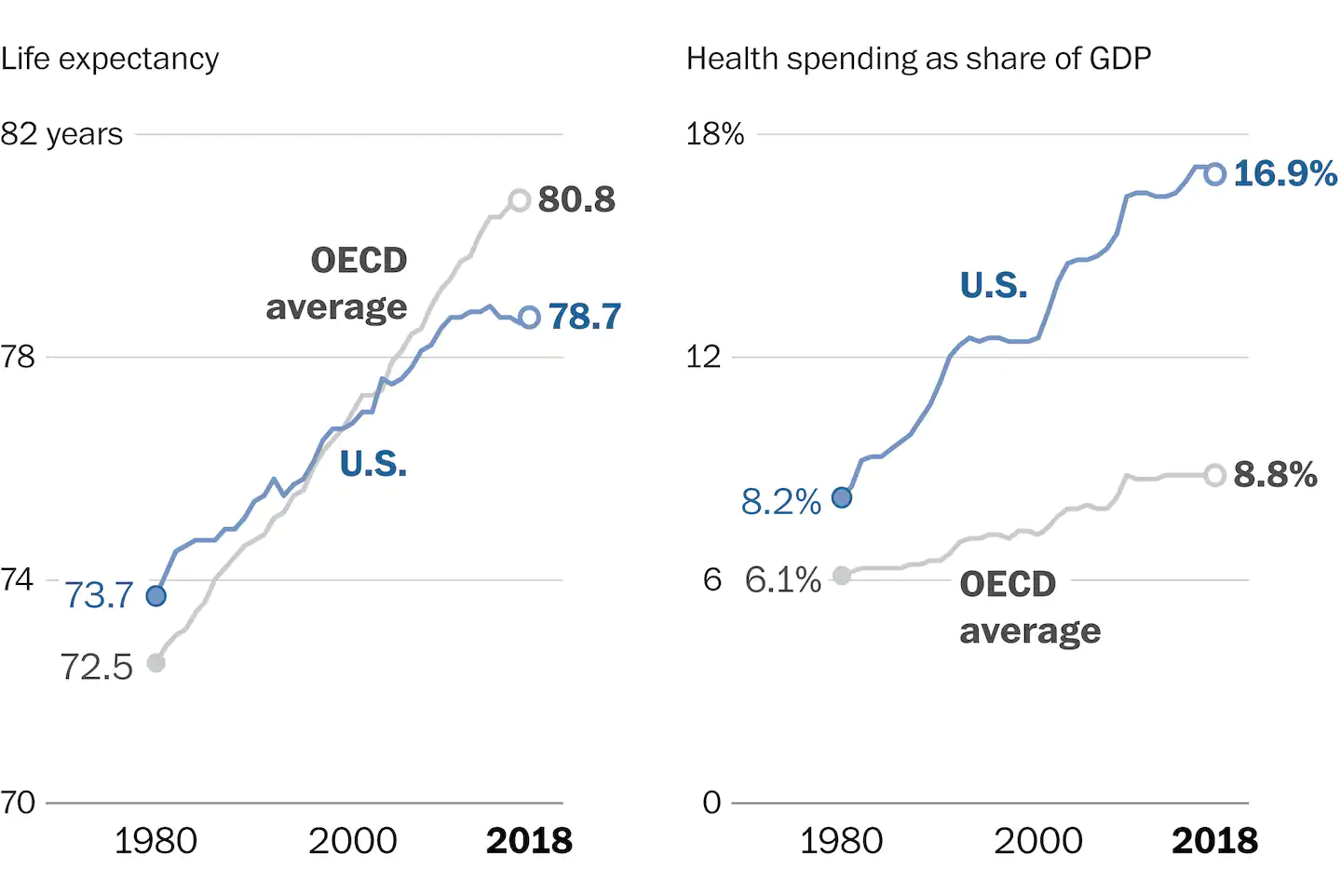 In the United States, 36 percent of adults were considered obese in 2016. The most among OECD countries. You can present similar data on drug use disorders, alcoholism, mental health disease burden, and so forth. I do not mean to suggest we have equal control over all of these outcomes but we are often not powerless.

The debate about government v. market provision of health services is a discussion for another time and sure to feature in the upcoming presidential debates. But, I do think any intervention in the health sector that does not address co-production will oversell and underdeliver.

Or enter a custom amount

Your contribution is appreciated.